Mr. Wadir Safi was born on December 25, 1948, in Afghanistan. He has wide experience and excellent background of quality leadership, political and as well as in the field of a lectureship in different national and international educational institutions and universities. Mr. Safi is currently the Chairman of the Board of Director since 2018. Besides being a chairman to the Board of Supervisors, Mr. Wadir Safi is serving its services as a Lecturer, member the Public Law and Head of International Relation and a Senior Legal Officer for the Kabul University of Afghanistan.Mr. Wadir Safi holding a Ph.D. degree in International Laws and Politics, MA in International Relation from the Charles University, Prague Czechoslovakia, earned B.A Journalism from Faculty of Literature and Human Science – Kabul University Afghanistan.Mr. Wadir Safi has visited and participated in numerous academic conferences throughout his life career for sharing his rich leadership and spread his political experience of Afghanistan in different counties of the world names: The Boston University – USA, Washington University – USA, HELSINKI – Finland, Leyster University – Belgium, Oxford University – United Kingdom, Lyon and South Paris Universities – France.Mr. Wadir Safi also participated in the Professional youth seminar between Afghanistan and Pakistan in Germany, IHL conference New Delhi – India, SAARC conference – Nepal, UNODC – UAE, Bridging Gap between Afghanistan and Pakistan, G8 Forum Rome – Italy, Durand – Line forum between Afghanistan and Pakistan  –  Madrid, Conflict Resolution – Indonesia, International Peace Conference – Paris France, Reconstruction of Afghanistan – New Delhi India.Mr. Wadir Safi is an author of about 30 plus printed books on topics of the Public International Law, Human Right of Self Determination of Nations and issued various articles in the academic magazines 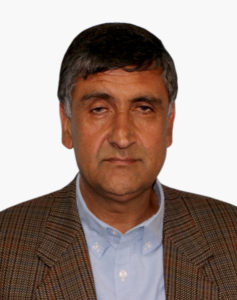 He holds a Master in Business Administration awarded by the London Metropolitan University. He completed his Bachelors from Orient University. Mr. Baheer also earned a Management and leadership certificate from Harvard University in the United State; United Kingdom. He has been a Chairman of Mutahid DFI Audit Committee since 2016 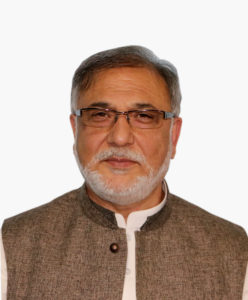 Mr. Mohammad Nasib was born on 4th April, 1965 in Shirzad district, Nangarhar province Afghanistan. Prior to his joining ember of Board of Director for Pashtany Bank, Mr. M. Nasib used to work as a Country Director for the Center of International Private Enterprise – Afghanistan, Managing Director of Welfare Association for the Development of Afghanistan, where he was responsible for the overall management of the devising policy, strategic plans for the effective implementation of project as well as for future growth. He worked in for different national and international organizations of successfully implementation of responsibilities; as a Country Coordinator in the International Republican Institute, work for Democracy in Afghanistan, Afghan Media Resources Center, Afghan NGOs Coordination Bureau, Coordinated activities and donors. Mr. Nasib has also played a vital role of empowering the community leadership program, district administration and civil education programs.Mr. Mohammad Nasib was assigned to the World Bank and UNDP as a Project Officer for Afghanistan and Pakistan, worked as Program Officer-in-Charge in the United Nations Drug Control Program for Jalalabad and Peshawar.He is awarded for a Democracy Award in 2005 by Senator Jhon McCain – United Nation, he has honored with a Ghazi Mir Masjidi Khan Medal in 2006 by the former President Mohammad Zahir Shah, honored with a Distinguished International Alumni Award in 2006 by Alma Mater – University of Pennsylvania USA.Mr. Mohammad Nasib is holding degree of Executive- Master in Business Administration from the Preston University Peshawar – Pakistan, Fellowship on Democracy, Development and the Rules of Law in 2005 and bachelor degree in Public Administration and International Comparative Policies from the Slippery Rock University of Pennsylvania – USA